We appreciate your continued patience if we are slower than usual to respond to your emails and phone calls. We are doing our best! 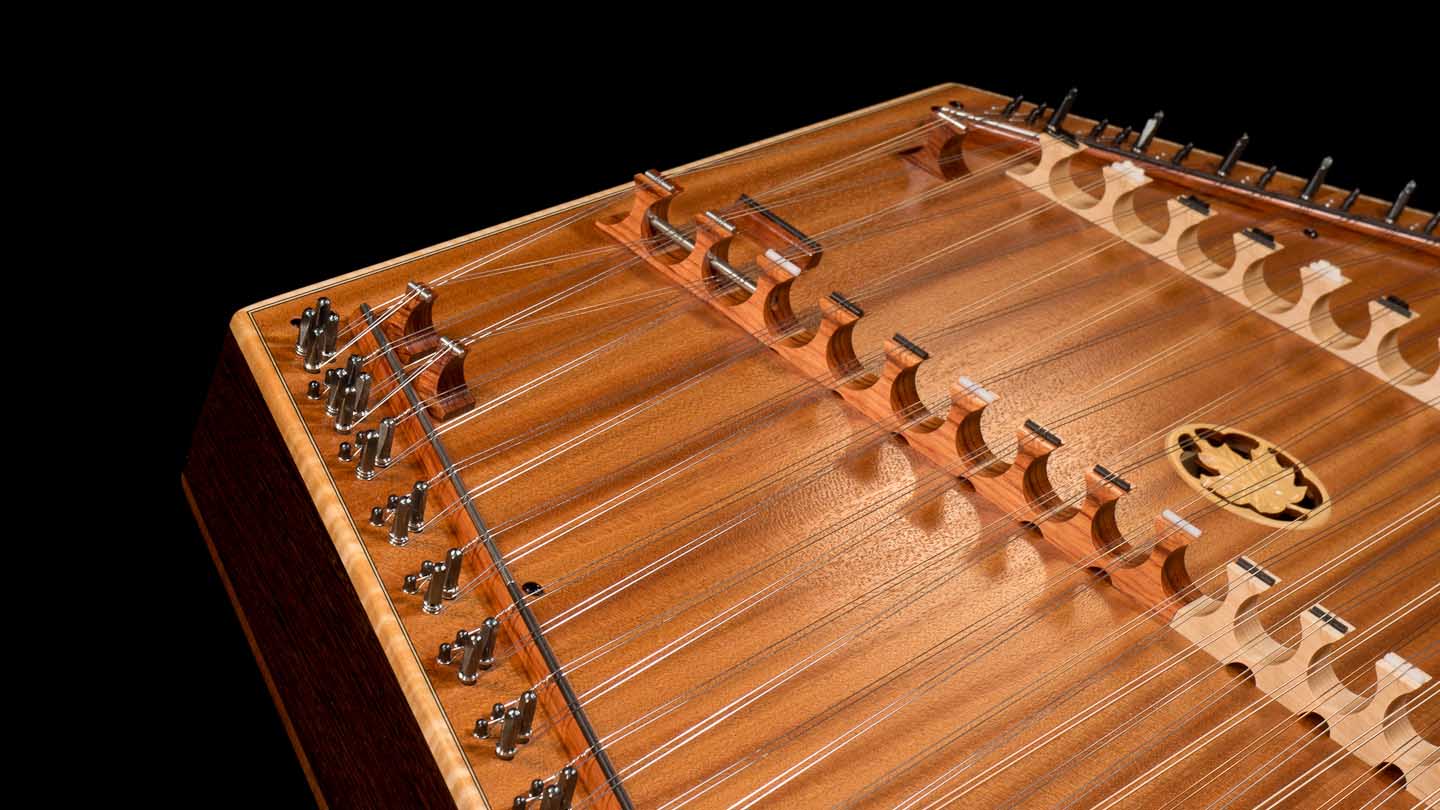 We've spent a lot of time engineering our dulcimer bridges for the best performance and tone, and we also spend a lot of time making them to precision specifications. For the most part, they are of one-piece construction with individual course pedestals to aid in accurate playing. The pedestals are topped with black and white note markers made of a dense, low-friction material called Delrin, which helps with smooth tuning and sustain control. The holes in between pedestals are carefully sized and aligned so that the strings passing through them will not buzz when played hard.

On our Chromatic Series models, we have designed a dual-density bridge system, in which two different wood species are used. In the mid and low ranges, we use maple, which produces a warm, rich tone. In the upper treble range, we make the bridges out of jatoba, which is an extremely dense South American hardwood, and this brings out the pure, clear sparkle of those upper notes. All together, the result is a balanced tone that sings across the whole instrument. 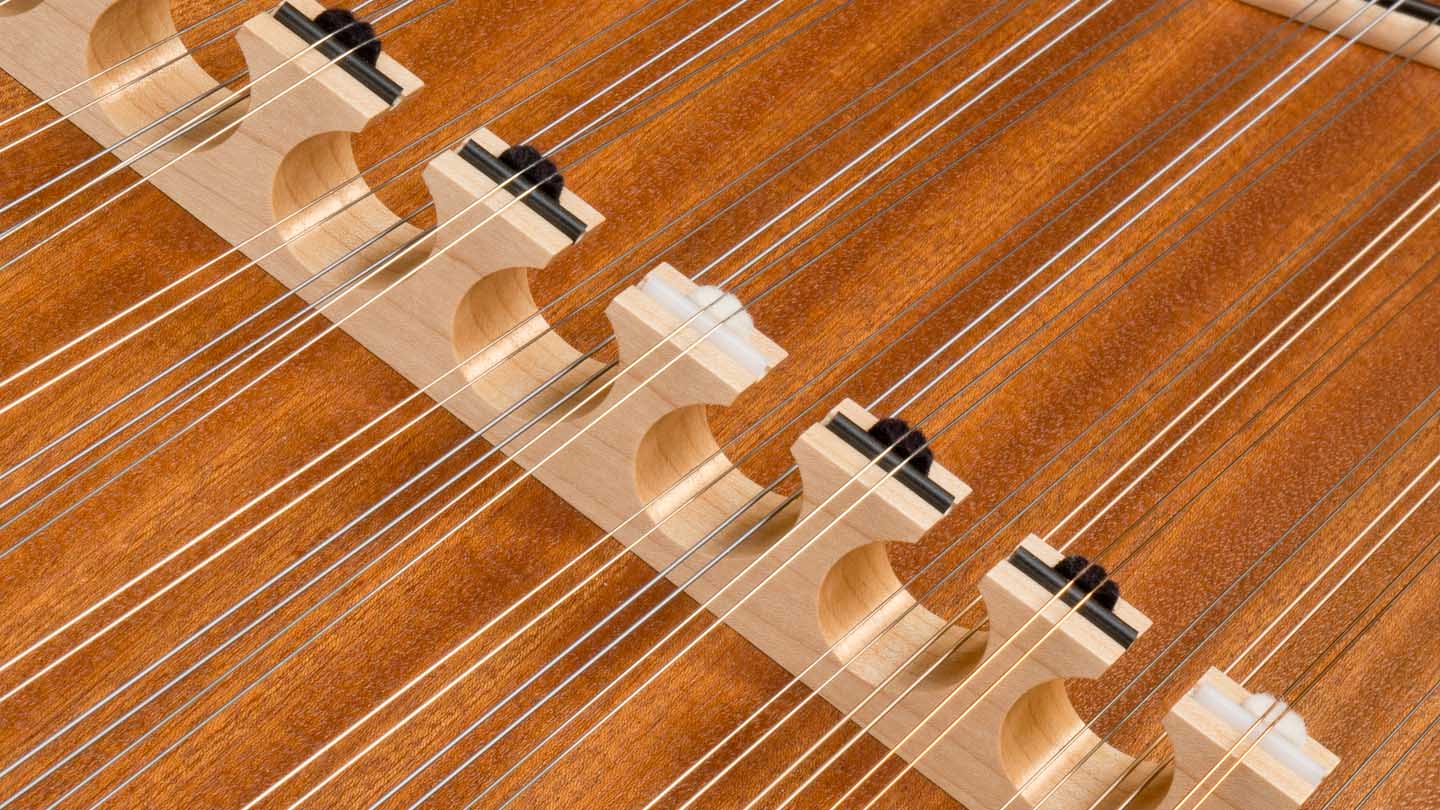 Dusty Strings dulcimers are known for their tuning stability, and this has always been a top priority for us. We've made design choices in style of construction, sizing of structural parts, and species of wood in order to achieve a consistency that means you don't have to spend 15 or 20 minutes tuning every time you sit down to play. We even embed carbon fiber rods into the bracing of some of our larger models to add stiffness to the frame.

There's often a choice to make between designing a super lightweight dulcimer and designing a strong and stable dulcimer, and while we do whatever we can to keep the weight down, ultimately we feel that strength is the more important factor. You deserve an instrument that is easy to deal with, will stay in tune for a couple of weeks or more, and will last for generations.

There's always a balance to find between wider string spacing, which makes it a little easier to play accurately, and the size of the instrument, which can get unwieldy if the string spacing is too large. We've chosen 1-1/16" (from the bottom string of one course to the bottom string of the next course) for our standard models, and have found that this is comfortable for beginning and advanced players. Our Chromatic Series dulcimers have a slightly wider 1-5/32" spacing to promote clean, accurate playing on potentially more complex pieces. This is especially useful in performance and recording situations. That spacing requires a larger soundbox, which, although slightly less portable, does have the benefit of producing a deeper and more resonant tone.

Adapting to a different string spacing is a fairly quick process. Once your body becomes accustomed to a new spacing, there is really no issue moving back and forth between old and new.

All Dusty dulcimers have a convenient handle hole cut into the back to make it easier to grasp and carry the dulcimer with one hand.

We also put a threaded insert in the back of the dulcimer, which is designed to accept a single playing leg, providing an easy, portable, and affordable way to prop the dulcimer up to a comfortable playing angle. 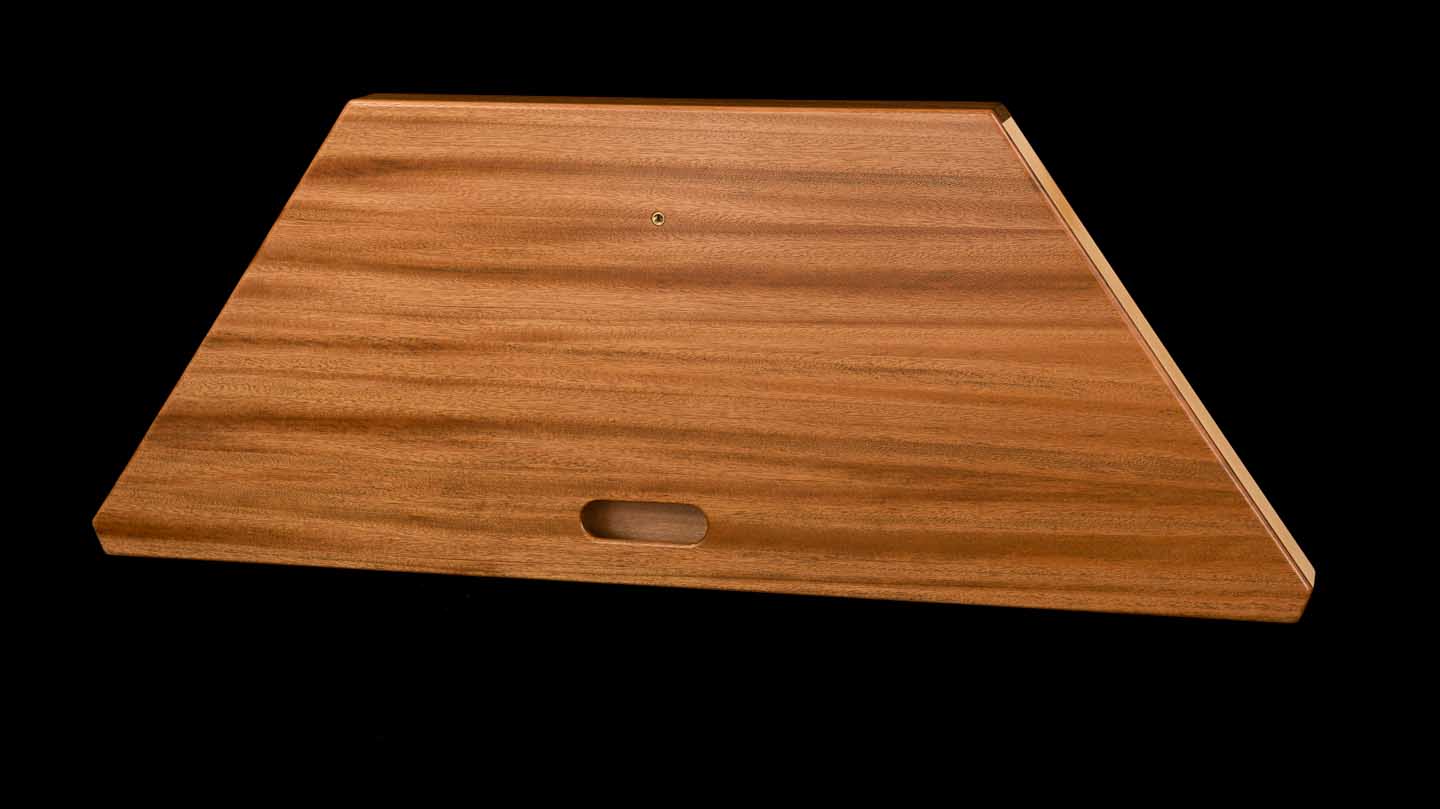