We are still dealing with the challenges of operating a manufacturing business safely during COVID, and we are working with limited staff capacity. Thank you for your patience if we're slower than usual to respond to phone calls and emails.

The history and origins of Dusty Strings, going back to 1979

Photos of our workshop, instruments, & staff

Our reasons for being

Customer comments about our instruments & our company

Opportunities to join the Dusty team 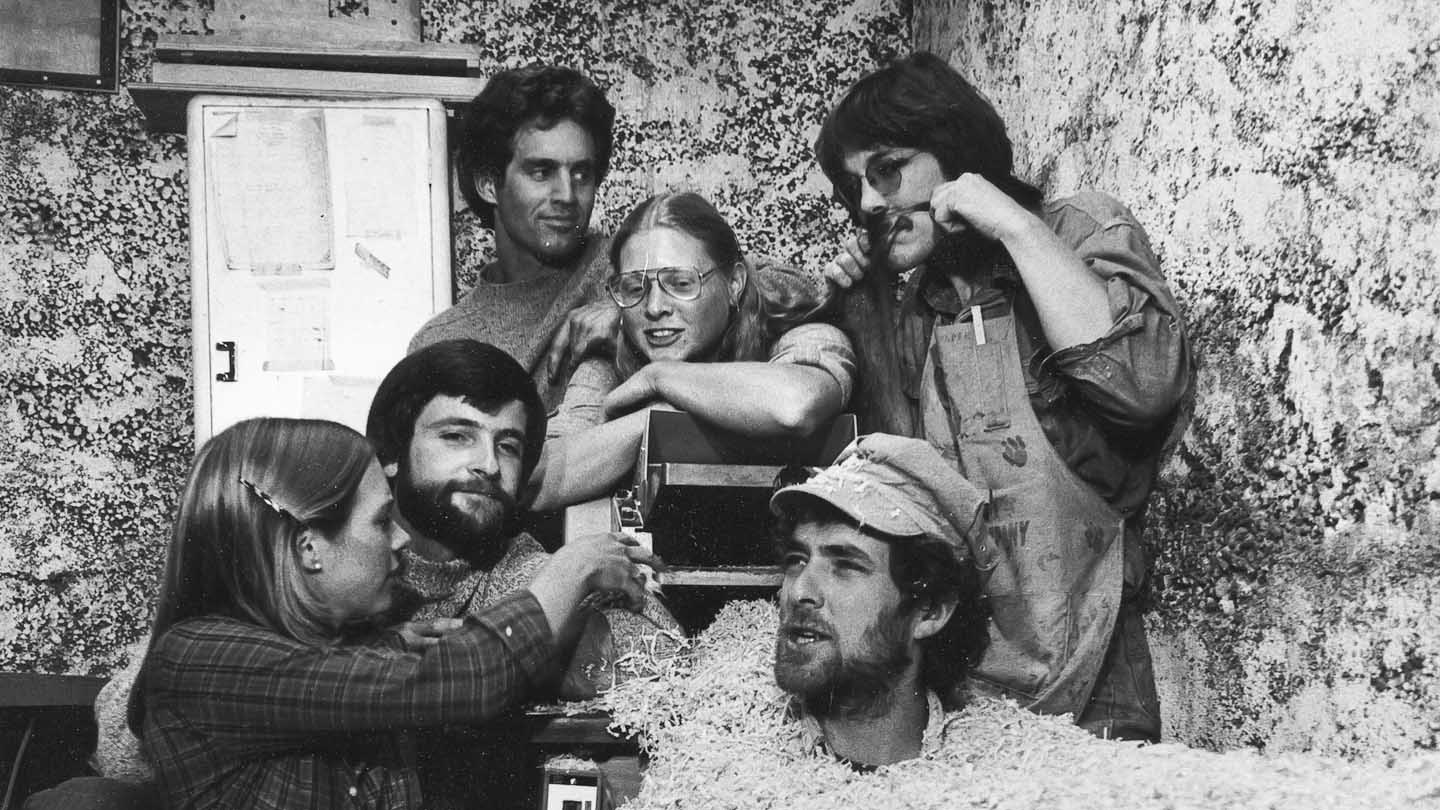 The year was 1977, and Ray Mooers was on a career path to become a dentist when fate intervened and the course of humanity was forever altered. (Well, the harp and hammered dulcimer world, anyway…) What were the pivotal moments, you ask? Well, there was that first encounter with the magical sounds of the hammered dulcimer at the Northwest Folklife Festival. There was the rejection of Ray’s dental school application, which led to taking summer classes to fill in a few credits, which caused him to happen across an "Intro to Folk Instruments" presentation by Virgil Hughes, which resulted in the purchase of a Hughes hammered dulcimer kit, which he and his roommate, Randy Hudson, built using paneling from a basement wall of their rental house. (More on Dulcimer #1 here.)

Ray’s and Randy’s fascination with the hammered dulcimer and their insatiable desire to tinker and make improvements led to one instrument after another, and before long, the hobby was out of control. Ray married Sue, they acquired a table saw as a wedding present, and Dusty Strings became an official business in 1979, with Randy as their founding partner.

When asked where the name “Dusty Strings” came from, Ray says it was mostly a metaphor for the folk music revival at the time. Interest in dulcimers, other folk instruments, and the old tunes played on them was growing, and people were pulling out instruments from their grandparents’ attics, dusting them off and learning to play. Of course, the name also refers to the state of Ray and Sue’s house, which was constantly dusty from the workshop in the basement, and to the propensity of hammered dulcimers to collect dust under their many strings.

In the first few years of the business, Sue worked another job as a bookkeeper while Ray and Randy built dulcimers in the basement of their house. Sue finished them and sewed cases in the evenings, and they spent their weekends peddling their wares at craft fairs all over the Northwest. Demand kept growing, they hired their first employees, and they finally got their house back in 1982 when they moved the seven-person business to a roomy basement space in the Fremont neighborhood.

After much begging from customers, several experimental prototypes and a great deal of invaluable advice from players and builders, harps were added to the Dusty Strings lineup in the early eighties, and the list of models kept growing. In 2001, the woodworking part of the business outgrew the now-cramped Fremont space and moved into a bright and roomy shop a few miles away, while the retail store remained in Fremont, expanding to incorporate an extensive repair facility and music school.

As of 2021, Dusty Strings has built over 40,000 instruments and has grown from a three-person operation to a crew of about 45, split between the two locations. Ray and Sue are still working as hard as ever, although they are inclined to attribute most of the company’s achievements to the support and dedication of all their employees, friends, advisors, family members and customers over the years. It truly is a family business, but the Dusty family is much bigger than just blood relatives. And, though they would never say this about themselves, I have to add a few additional reasons for my parents’ success: their commitment to ethical business practices, their concern for the welfare and happiness of their employees (of which I am one), and their constant focus on high-quality work and high-quality customer support. I can’t tell you how proud I am to be a Dusty!

Sappy part over, I invite you to peruse the photo gallery for more juicy details.